Reiki Energy made its first impression on me as a young 18-year-old when I received my first healing session and I can still remember it clear as day 20 years on. Truth is, that Reiki has continued to be an intrinsic part of my life throughout my adulthood. I remember the sheer amazement I felt when undertaking my level 1 and finding out that it could be used for objects that were no longer working, such as radios, fridges, washing machines, well, anything really.

It had never once occurred to me that Reiki could be broken down in scientific terms. Everything on the planet is made of matter, organisms, as well as inanimate objects, are made up of cells, and energy can flow through all cells, then in fact, we can channel energy to inanimate objects too! I remember being totally blown away by finding that out and to find that it works too!!

I have used reiki to keep dead hoovers going far beyond the point of their scrapheap death, used it on microwaves, even on the walls of my old home that I’d moved into that felt ominous and just generally had an uncomfortable atmosphere in. I managed to change all that with a few days of blasting energy on every wall in every room and went on to spend a very happy 10 years there.

Reiki everything, you'll see the benefits!

There are such simple tricks to utilising and benefiting from Reiki to its fullest that they are often overlooked, from giving your cup of tea or water a blast of energy before you drink it, or draw a special Reiki symbol on a bit of card and use it as a coaster to charge your drink, so you get to drink pure positively charged energy water, or a zen gin and tonic if you are anything like me. Who says a gin and tonic can’t be medicinal?!

Another favourite of mine when I’m feeling weary and run down is to run a nice bath, throw in some Epsom salts, a few drops of lavender oil and send some positive energy to the bathwater before immersing myself into healing goodness! Divine! You’ll emerge feeling like a brand new woman, or man as the case may be. I honestly cannot recommend it enough!

In actual fact there is nothing and no one for that matter that Reiki won’t accompany and support in the most gentle and soothing way. What I love most is that irrelevant of the intention you give it, the healing energies will go to where it is needed most. I have had clients come to see me for support with their emotional wellbeing, however, they didn’t realise it was needed most elsewhere, and that was where the energy ended up.

I remember one client in particular who had a knee injury from a fall 2 years previously which she had now grown accustomed to the pain and discomfort, and rarely gave it any thought unless she was suffering a flare-up. She phoned to tell me that within 2 days of her treatment her knee pain had come back quite intensely. When she called again and she told me that as soon as it had appeared, it had gone again and now had much less pain or discomfort.

My philosophy over the years has come to be “would you like some reiki with that” you can keep your fries! (Well…unless they’re sweet potato fries that is, in which case we may have some negotiating to do!)

Want to know more about Reiki?

As well as being a long-time energy healer and practitioner, I’m also a Reiki Master, and I specialise in attunements, I do them face to face in Ibiza or online.

If you’re interested in being attuned to the wonderful modality of Usui Reiki then please do contact me, there is no pressure to book with me, let’s just chat and see how you feel, as we both want it to be a good fit. 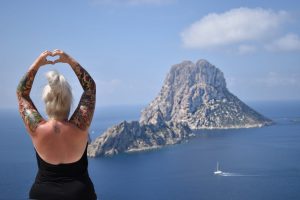 Ibiza is well known for it’s hedonistic lifestyle, super clubs, parties, and the sun, sea and sex. But there is much much more to this 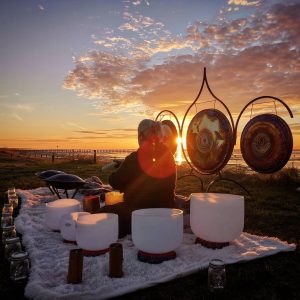 5 things to expect from a sound bath meditation

Sound bath meditations are one of the most precious events I host. Ever since I heard the beautiful angelic sounds of crystal singing bowls I’ve 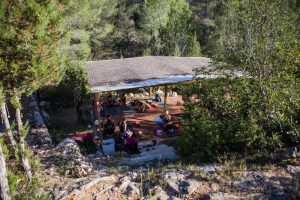 7 Reasons you need a spiritual retreat

In the wake of a global pandemic, our collective consciousness has taken a beating. It is true that during the lockdown there has been a

This website uses cookies to improve your experience while you navigate through the website. Out of these cookies, the cookies that are categorized as necessary are stored on your browser as they are essential for the working of basic functionalities of the website. We also use third-party cookies that help us analyze and understand how you use this website. These cookies will be stored in your browser only with your consent. You also have the option to opt-out of these cookies. But opting out of some of these cookies may have an effect on your browsing experience.
Necessary Always Enabled
Necessary cookies are absolutely essential for the website to function properly. This category only includes cookies that ensures basic functionalities and security features of the website. These cookies do not store any personal information.
Non-necessary
Any cookies that may not be particularly necessary for the website to function and is used specifically to collect user personal data via analytics, ads, other embedded contents are termed as non-necessary cookies. It is mandatory to procure user consent prior to running these cookies on your website.
SAVE & ACCEPT